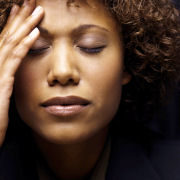 The Tokyo Olympics and other high level sports has brought mental health issues even more into the spotlight recently. We hear the word 'confidence' used a great deal, often when describing a problem with self-confidence or low self-esteem. One way that lack of confidence can manifest is in performance not only in sports, but the performing arts, exams, social situations and everyday life.

Unfortunately most people lack the skills or training to do much about it and just hope it will get better, rather like the weather "unpredictable, a bit miserable out, hope it brightens up soon". Even sports experts will identify confidence as a problem with a team or individual but come up with very little in the way of a solution. "The team just need to get their confidence back, then they will play like they can." Or "He just needs to score one goal, then his confidence will return and more will follow".

Is that it? Nothing more sophisticated than that?

If you happen to follow sport I invite you to notice how often the word confidence is used, and the importance given to it.

The ingredients of confidence

One of the problems people encounter with confidence is that they describe it as a 'thing' that they haven't got. So a question to ask is "if you haven't got confidence, what do you have?" They will then come up with something such as anxiety or fear. The next thing to consider is "anxiety about what specifically?" So now we are starting to home in on the problem a bit more clearly. There can be a range of anxieties and also other emotions all bundled up together, such as guilt, anger or despair.

These feelings do not appear out of nowhere. They are produced as a result of experiences and interpretation of circumstances. However most people assume that the circumstances produce the feelings directly. "Losing my job has caused me to feel anxious" "Speaking in public stresses me" "Spiders make me panic". If it were as simple as cause and effect then we would all feel the same thing in the same situation. But we don't. That's because interpretation varies from person to person and a huge part of our interpretation are our beliefs and expectations.

These beliefs can include:

Beliefs about what will happen.

Beliefs about what things mean.

So you can see that to improve self confidence and self esteem you have to identify the negative beliefs that are causing the problem. This can be more easily done with the help of a skilled practitioner, because seeing your own beliefs can be a problem, and typically we mistake our own beliefs for reality. "My beliefs are TRUE!"

How to improve confidence

Let's begin by acknowledging that the way we are often told to deal with low confidence can be a real struggle, and often doesn’t work. I'm referring here to positive thinking and affirmations. Now I would agree that given the choice between negative thinking and positive thinking why choose the negative? After all it can increase stress levels and ultimately lead to depression, not to mention the effect on behaviour and even the body itself. However making the choice to think positively can be an uphill battle if there are negative beliefs in place blocking the path.

The good news is that in 30 years of working with clients who have low self esteem I have discovered those methods that do work. Not one method is effective 100% of the time but by having a choice it is possible to select the best method available.

The first is hypnotherapy. There are many different techniques and approaches within hypnotherapy. The most basic is suggestion therapy, which is a somewhat similar approach to using affirmations, but in a very relaxed state. This approach can have some degree of success, but the more sophisticated techniques within hypnotherapy usually prove more effective. An example would be 'parts work' where the for example a person may feel useless and ashamed of themselves but on the other hand they recognise that they do have some value. Many people have some kind of inner conflict and within hypnotherapy the parts work technique enables you to communicate at a deep level with the part that has the negative beliefs and negotiate a change. Yes I did say 'negotiate', as this kind of hypnotherapy enables two way discussion and reaching an agreement to change.

The second method is NLP (Neuro-Linguistic Programming). Within NLP there are a host of techniques to change emotional state as well as let go of negative beliefs. These NLP techniques can be easily learnt and include, re-imprinting,  anchoring, and submodality change techniques.

The third and newer techniques come from the field on 'energy psychology'. These are remarkably effective and therefore I use them frequently with my clients. They are based on the theory that what leads to negative feelings and beliefs is a disruption in the energy system. By clearing such disruption a person thinks and feels more positively. The best known of these techniques is EFT (Emotional Freedom Techniques) which involves tapping on pressure points with the fingers to influence the energy meridian system and balance it. I have found this to be the most reliable approach for clearing negative feelings and beliefs once they have been identified.

When a person clears negative feelings and beliefs what do they have? Confidence.

I am based in Kenilworth, Warwickshire, which is convenient for Leamington Spa, Warwick, Coventry, and other areas in the Midlands, UK.